What has made me the man I am today?

As probably many people would say: my parents and my social environment had and still have a big influence on me. In Germany, my family would be described as a typical working class family. As long as I can recall my parents have been working hard which taught me - starting from a very young age - that you can only achieve your goals if you are ambitious and above all hard working.

I grew up in Frankfurt-Weststadt a part of Frankfurt, Germany, which is definitely not known for its glamour. However, for me it was home and a place where I was taught important values during my childhood and my whole life and career as a football player. In Frankfurt-Weststadt many people of countless nationalities and cultures live together in a confined space. Thus I grew up appreciating different religions, skin colors, languages and cultures. Respect and tolerance were values I have learned almost from the moment I was born – values that I try to live every single day, on and off the pitch.

After living abroad for 5 years I am happy to play in the German Bundesliga again. Borussia Dortmund is nationally and internationally one of the top teams. The unique fan culture and the legendary “Südtribüne” reminds me of my unforgettable time in Liverpool and I hope that we can herald a new and equally successful era here in Dortmund. The team is extremely talented and based on my experience and my nature of play I hope I can add important value to win national and international titles again.

This year´s European Championship casts exciting shadows and the anticipation is rising. When the best teams of Europe are encountering I want to be a part of it by all means. Dortmund gives me the opportunity to prove I am playing at the highest international level and I see German soccer being on a very promising journey. We have a very talented team with high technical and tactical skills that is hungry for more. Paired with the so called “German Tugenden” this is a success-promising mix.

"I see German soccer being on a very promising journey."

Juventus Turin is one of the biggest clubs in the world and it was an honor to represent the club. In my first season we’ve won the double and especially winning Seria A was an unforgettable experience. I am very happy that I was able to be an important player of the team. I am wishing the team and its fans a successful future and am sure that our paths will cross again.

After the poor performance at the World Cup in Russia the team needs to regain its former strength. We have an extraordinary pool of strong, talented players and I am sure that the team of coaches will choose the best players to build a competitive team.

I have played at the highest level in the strongest leagues in Europe and I am convinced that I can be an important component for the National Team. My goal is to win the next title with Germany.

"Life is about balance. As a person or as a team: balance is the key."

Being transferred from the German Bundesliga to the English Premier League for the season 2014/2015, I've then had the opportunity and the honor to play for one of the world's most famous football clubs in the world. Liverpool FC represents passion, authentic football and a grown fan culture. This club has always been one of my favorite ones. Our fans are exceptional and the atmosphere at Anfield Road is always simply amazing. I feel deeply honored to play and give my best in front of all these people. With the commitment and support of Jürgen Klopp, we have clearly stated our goals and ambitions – now it's time to win the important titles and trophies nationally and internationally. That is what I came to Liverpool for and that is what we will fight for as a team!

To me, the German National Football Team is the best one in the world. All players as well as the entire staff work on a highly professional level and very hard towards the same goal. The interaction between players and the coaches harmonizes well. Just like an orchestra, we have world class individuals and a director who conducts us.

Although I already gave my debut for the German National Team in September 2015, it felt like I actually joined the team at the European Championship in 2016. Unfortunately we lost in the semi finals but we enjoyed the ride and the support from our fans was outstanding. I appreciate this great experience and now I am even more looking forward to winning one of the big tournaments. This team has so much potential to win titles and I hope that I can contribute to the success in the near future. There is no doubt that I will keep working hard to get a spot in the team.

"Home is not a place you live in, it is more like a place you spend time with your loved ones."

Matured to a Bundesliga player

In the 2013/2014 season, I played for Bayer 04 Leverkusen, a season which had us qualify for the Champions League with an outstanding team effort. Even though it was - without a doubt - an exciting year, I always felt magically attracted byEnglish football. Accordingly, I had to take that opportunity and transferred to Liverpool at the end of the season. As happy as I was and still am about this great opportunity, I will nonetheless always keep that special time I had in Leverkusen in my heart.

The experience I made at the U21 German National Team was definitely the most important one I have made so far. During my time there, I have learned how to deal with compliments and criticism. Our team was filled with many great talents but we weren't invincible. The loss against Portugal was the ending of our journey in the tournament. Even though it was a tough moment, I learned a lot from it. As a professional athlete, losing is part of the game. Learning from mistakes and growing as an individual separates the winners from the rest. I kept maintaining my work ethic. Luckily, I was fortunate to receive an invite for the Euros 2016.

Matured to a Bundesliga player
Germany U-21

"A leader has to deal with criticism. Maybe even more than others."

From junior to professional

I have almost spent my whole youngster career at FC Bayern Munich. From the U17 to the first team, I have gone through all stages in this great club which is one of the biggest sports clubs worldwide. The professionalism as well as the sincere care of the entire team is outstanding. I could not have wished for a better club in this crucial phase of my life and career.

Because of my Turkish background, I was not only able to play for Germany, but also for Turkey. It was an honor to be considered by both national teams but my decision was already made a long time ago. I grew up in Germany and my long term goal is to be a great representative for this country. I am proud to wear a jersey with the "German Eagle" on my chest. All in all, I am glad I chose to play for the German National Team.

From junior to professional
Germany U-19

"Professionals are supposed to be role models, however, they are humans too and they do make mistakes."

In my hometown Frankfurt I started to play football professionally and at its club Eintracht Frankfurt I have learned the fundamental virtues that influence me up until today. The time at the Eintracht youth team was surely pointing the way for me and I was able to learn what it means to play for a traditional club from an early age on.

This was a great time with fantastic memories. I was leading the team upfront as captain and we made it to the round of the final four. Unfortunately, we lost against the U17 world champion - Mexico. However, the loss gave us even more motivation for the next game. We won our last game and finished 3rd in the entire tournament. At the ceremony, I received the "Fritz-Walter-Medaille" for special achievements during my time für the U17. It was a huge honor for me.

"Reaching goals by going the hard way feels better to me than chosing the easy way."

I have contested my very first match in an official club for the SV Blau-Gelb Frankfurt. I still remember how excited I was and of course I have always dreamed about representing Germany,wearing the jersey of the national team and playing for one of the world's biggest football clubs. To be honest, I still can't believe that my wishes have come true.

I started to play for the National Team at the U15. Even though we were young and still children, we felt like real men.. I have to especially thank my U15 coaching staff , who molded me into a more mature individual during that time. They have shown me the meaning of discipline and team spirit. These characteristics were and still are extremely important in today's football. 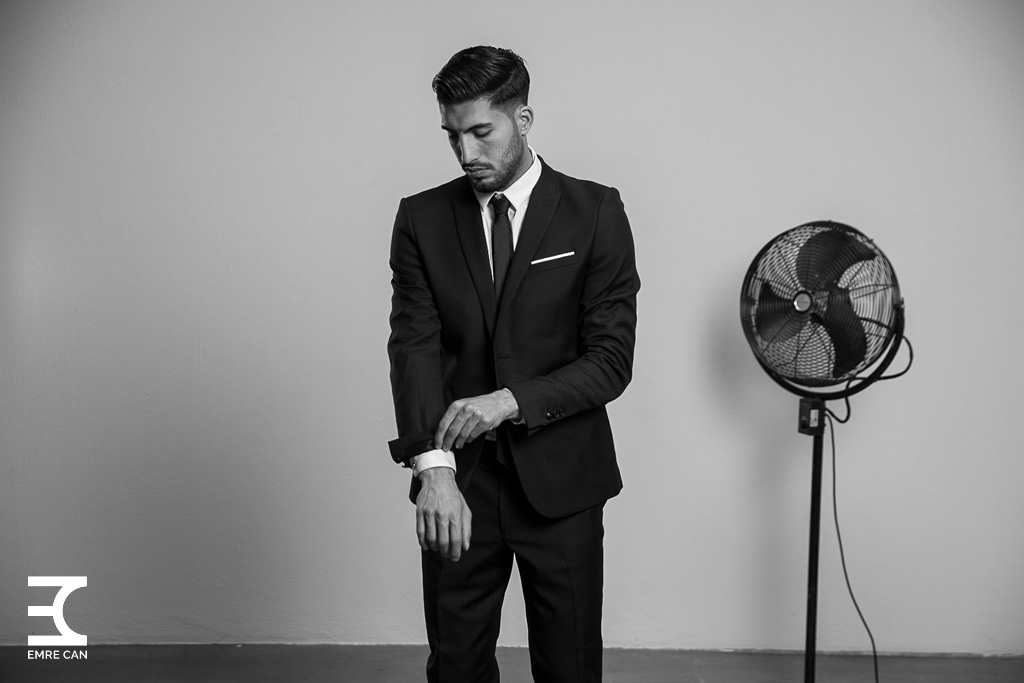 As a professional football player you are automatically in the public eye. I am not eager to stand in the spotlight, but football is - not only in Europe, but in huge parts of the world - a part of the tradition, a part of the culture. Thus the public's interest is extremely high and I always try to stay close to my fans while not losing focus and concentration with respect to my performance.

However, TV appearances and photo shootings have become as much a part of my job as the daily lacing of my soccer shoes. Whereas I first only had fun when it came to football, my enthusiasm for creative projects off the pitch has greatly increased. The focus however will of course stay on the green grass. I owe this sport so much; football is profession as much as vocation. My talent is on the pitch and that is where I feel home.

The closeness to my fans means a lot to me and awareness is accompanied by huge responsibility. I have a role model function and I would like to cultivate and make use of it. Due to the media presence I am able to direct the public eye on things that are important to me and I am grateful to help people and give them something back this way. 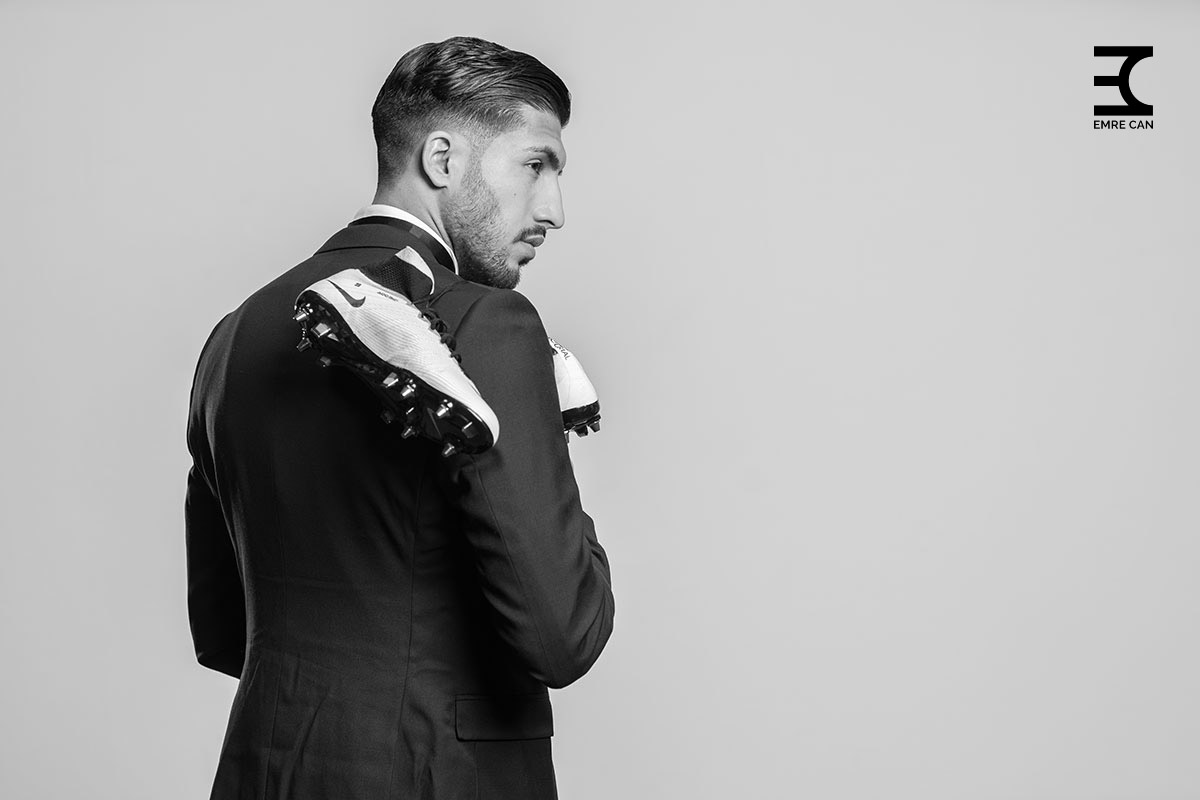 "I am lucky enough to have won some great awards and that means a lot to me. These include titles such as Champions League winner, German Champion, DFB Cup Winner and many more. However, what's equally important to me are prizes that are awarded by the public. In 2016 I was appointed by soccer enthusiasts worldwide to be the German Football Ambassador and the fans of Liverpool FC have voted me as the most valuable player of the season 2015/2016. For me these awards are honor and challenges at the same time and I strive to fulfill the expectations placed in me!"

"Thank you for your support!"

EMRE CAN
WHAT'S Next?